Comedian Dana Carvey is one of the best impressionists of our generation, with the ability to portray political figures such as Ross Perot and former President George H.W. Bush, as well as fictional characters such as The Church Lady and Hans of Hans and Franz fame from Saturday Night Live.

Carvey was born in Missoula, Montana, but moved to the San Francisco Bay area when he was three years old. He received his bachelor's degree in broadcast communications from San Francisco State University.

After college, Carvey had minor roles in several films and two short-lived television series, but became a household name when he joined Saturday Night Live in 1986. His SNL breakout character was the pious Church Lady, the host of “Church Chat.” His other SNL characters included Garth Algar (Wayne's World), Hans (Hans and Franz), and Grumpy Old Man (during Weekend Update). His impersonation of George H. W. Bush during the campaign and election earned him a performance at the White House. In 1992, Carvey joined Mike Myers in the film “Wayne's World” and in “Wayne's World 2” in 1993. Also in 1993, Carvey left SNL and after four previous nominations, won an Emmy Award for Outstanding Individual Performance in a Variety or Music Program for his work on the show. Since then, Carvey has returned to host SNL four times and has appeared in several movies, as well as the short-lived mid-90s “Dana Carvey Show,” which launched the careers of Steve Carell and Stephen Colbert.

In 1997, when Carvey went in for bypass surgery on a blocked artery, the surgeon operated on the wrong artery. Carvey sued for medical malpractice and was awarded $8 million in damages, which he donated to charity. In the late 1990s, Carvey withdrew from the comedic limelight to focus on his family. He then launched on USA Network his new show “First Impressions,” a competition series that pits amateur impersonators against one another in a quest for $10,000. Carvey is the show’s executive producer and serves as an expert mentor to contestants along with celebrity guests.

He has been married since 1983, and has two sons who have tried their hand in comedy, opening for their father’s 2016 Netflix special.

It’s no surprise that Dana Carvey is one of the most requested corporate and private event comedians today. His ability to prepare for his audience – no matter the industry—is obvious, but his comedic bent also occasionally lends itself to jokes created on the spot. Although he weaves humor and impressions throughout his talk, Carvey tells a story and is quite adept at delivering a purposeful message. Whether he’s emceeing, is master of ceremonies, or keynoting, he reads his audience extremely well, and delivers a message that leaves them in stitches and will a little more insight into a specific topic. Richard Branson
Sir Richard Branson, generally considered one of the greatest marketing and branding leaders in the world today, is a businessman and investor from the UK.… 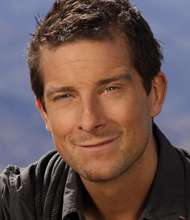 AHIMA
“Everyone at your speakers agency were professional and helpful throughout the process, making it easy to book, communicate, and prepare for our event.”

Hewlett Packard
“Our Account Executive was a pleasure to work with to arrange our keynote presenter for the Sustainable Brands Sydney Conference. He was swift to respond and his communication was always clear. If I am looking for international speakers, I will think of SPEAKING.com in future.”

Sustainable Brands
“The retreat was extraordinary, professional, and personable. Everyone is still raving about it. They said it was the best experience of their lifetime. And, I would have to agree. I most certainly hope we have the opportunity to work together in the future.”

American Society of Association Executives
“Our client rep was a pleasure to work with. He was well organized and kept me updated every step of the way. The level of professionalism and the quality of the materials received were excellent. I will be in touch for future speakers!”

Mattel
“SPEAKING.com / Core Agency were very helpful in every way possible. I would recommend them to others and we will most definitely secure all our future conference speakers through them again.”

Babcock & Wilcox
“Your speakers bureau was a tremendous resource for the NHL as we planned and executed our NHL Club Business Meetings. Their assistance with securing our keynote was invaluable. They provided detailed information in a timely manner which was crucial to the success of the event. The execution was seamless! ”

National Hockey League
“Our Account Executive is an extraordinary person. Always available, very kind and funny. Eager to help and always quick to respond. I have so much fun working with him. A very delightful experience. I hope continue working together for years to come!”

Credicorp Bank
“My Account Executive was able to work within my quick turn around time and price limitations to find the perfect speaker for the job. Although I thought finding and booking a speaker for our sales meeting would be the most difficult part of the planning process, your agency made it the easiest.”

Ales Group USA, Inc.
“It was an extreme pleasure to work with our account rep. She was friendly, flexible, and knowledgeable about all their speakers. She made the process simple. I cannot begin to put into words the impact that our speaker had on our audience. People are still taking about his presentation and his program set a standard on all diversity programs.”

FDIC: Federal Deposit Insurance Corporation
“Our speakers were absolutely outstanding and top class. Once again, thank you for making this happen for us. You have been outstanding and the best speakers bureau we have ever worked with!”

Volkswagen
“My account executive was very professional as well as patient with us. The entire experience of working with your agency was cordial and professional, with attention to all the, sometimes complicated, important details.”

U.S. Department of Agriculture
“I just wanted to send a quick follow-up note to say – THANK YOU! I appreciate your partnership, and perseverance in helping us to find the right speaker for our group. Our speaker was absolutely excellent! The group loved him; it was perfect.”

DeVry Education Group
“Everyone at your speakers bureau was incredibly attentive and easy to work with; you have been a conference organizer's dream!”

ABS Capital Partners
“SPEAKING.com does a wonderful job! Our AE always responds promptly and is very professional, thank you!”

AlphaNet
“Once again our agent did an outstanding job. Not only did he provide me with a number of options for potential speakers but he helped with seeing who was available, when they could speak, and getting everything done in a timely fashion. I look forward to working with him again.”

Auburn University
“Our event was what I would call 'over the top'... The survey results were at 92% very favorable. The speakers formed such a good relationship with myself and others at the conference. I am confident we will bring them back to do more. I will definitely contact you when we are in need of additional services. You have been the best!”

American Express
“Working with your speakers agency on our training projects during the year proved to be a great business choice. I felt that my account reps were always around when I needed them, willing to help and listen. They showed flexibility when it was required and were reliable and dependable. ”

KPMG, Europe
“Finding the appropriate speaker for an event is a challenge. Your stellar speakers agency made the process extremely easy. I would recommend your agency to anyone.”

Mercury University
“I will certainly recommend to others that they contact you for guest speakers in the future. It was a pleasure working with you as well. We all appreciate your professionalism and exemplary service.”

BASF
“Our account rep was fantastic; he is very responsive, handled registration for our speaker, submitted the contract and invoice quickly - so easy to work with. Thank you!”

Deloitte
“Working with your speakers bureau has been a pleasure. Everyone on your team was extremely responsive and informative, and really helped us to customize our event. I will be sure to reach out to your agency again in the future with any speaker needs that I may have.”

The Advisory Board Company
“I so appreciated my representative for his responsiveness and for the ease with which I could communicate with him. This was my first time having to secure the talent for our program myself, and I could not have asked for a better experience with your speakers agency.”

Mayor’s Commission on Unity, Diversity and Prosperity for Columbus, GA
“Our agent was great to work with. Very easy to reach when needed and promptly returned messages. Thank you for making our event such a big success, we are looking forward to working with you again soon!”

American Lung Association
Core: the central, innermost, or most essential part of anything.